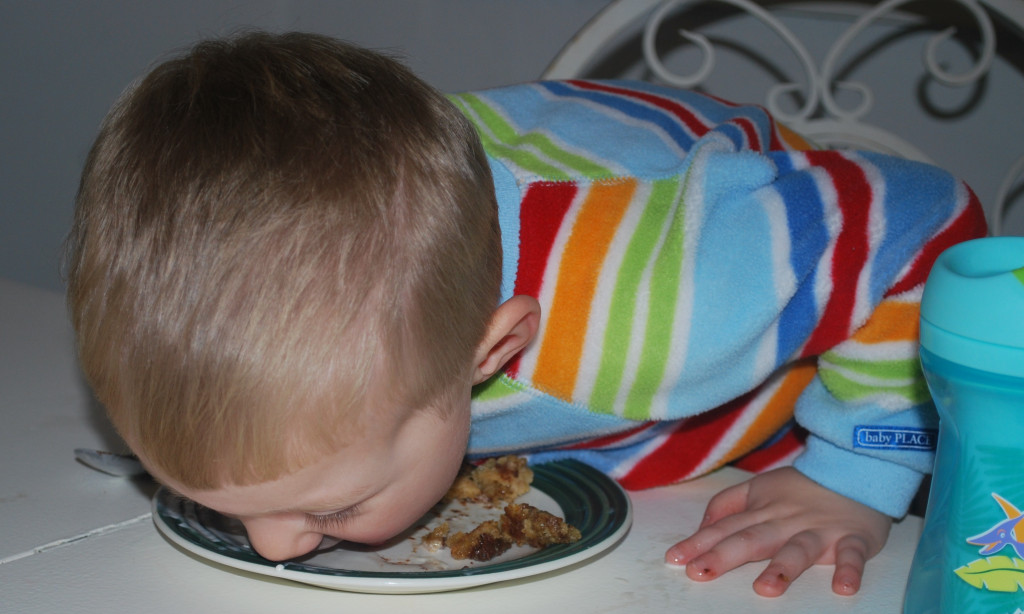 One of the recipes floating around the internet, which is by Abigail Dodge, that I’ve wanted to try is a “skillet” cookie.  Called so, because it is made, mixed, baked in and served from, a cast iron skillet.  The picture on the right pretty much sums up how much your family and guests will enjoy this quick dessert.  My two and a half year old grandson, Joey, was so excited he kept exclaiming “giant cookie!!” and decided to lick his plate clean (NOT something I’ve seen him do ever before)!

Within a half hour, you can whip up this dessert because it truly mixes up in less than 5 minutes and is baked for 18-20 minutes.  Serve warm with scoops of vanilla ice cream.

I made this in a 12″ cast iron pan and it served 10.  If you have a smaller skillet, cut the recipe in half.

Pat the dough down to evenly cover the bottom of the pan.  Place the pan in a pre-heated 325 degree oven for 18-20 minutes.  Cool briefly before serving.